THE “GLOBAL BUSINESS” THAT THE HAGUE CONFERENCE
IS TRYING TO LEGALISE: THE EXPLOITATION OF WOMEN AND THE BUYING AND SELLING OF NEWBORNS

Berta O. García @Omnia_Somnia
Co-Chair of the International Coalition for the Abolition of Surrogate Motherhood (ICASM)

The Hague Conference on Private International Law has been working for more than five years on the de facto legalisation of surrogacy.

An Expert Group appointed by the Hague Conference has been working for more than five years on a protocol to resolve the issue of parentage of babies bought under international surrogacy contracts. But not satisfied with this initial task, it deliberately chose to broaden it, now covering all stages of the surrogacy process, including the choice of the “gestational” mother by the commissioning parents, contracts, consent, brokers and financial aspects.

What has led the Hague Conference to contradict fundamental principles such as the best interests of the child to remain in his or her family of origin, the prevention of the sale and trafficking of children infringing its own conventions, such as the 1995 Convention on Protection of Children and Co-operation in Respect of Intercountry Adoption?

Regarding the 24 countries represented in this Expert group replies the above question: some are countries that have chosen to regulate surrogacy and thus make it socially acceptable, and others are quietly developing legislatio, thus opening their countries to the practice. And it is no coincidence that it is the representatives of those countries that are the most determined to push forward the Hague Protocol on the recognition of foreign judicial decisions on parentage in the context of international surrogacy contracts. Add to this the fact that several of the group’s members are professionally involved in the surrogacy industry and it is easy to guess which way the balance will tip or, to put it plainly, which side they’ll take.

What role do the experts from the few abolitionist states present in this group play: Switzerland, where the ban on surrogacy is enshrined in the constitution, Spain, Italy, France, Sweden and Germany, which prohibit it on their own territory? What directives are given to them by their government? What position do they take throughout the debates? How do they defend their State position and their common abolitionist position? There is no trace of this abolitionist position in  the group’s report, where the regulatory approach seems unanimous.

What is the role of Kirsten Di Martino, UNICEF’s Senior Advisor for Child Protection, member of the Expert group as observer ? If, as can be expected, she is there to defend the International Convention on the Rights of the Child and its optional protocol on the sale of children, it is incomprehensible – if not for spurious interests – that this group has insisted on its approach for more than five years. Will UNICEF bend to the interests of the market instead of defending the right of children not to be treated as objects of contract, but as subjects with rights?

If the protocol drawn up by this group of experts is approved by the Member States, it will mean that the Hague Conference has bowed to the private and commercial interests of the surrogacy industry, since, as the institution itself readily acknowledges in its own documents, “it is now well-known that surrogacy is a global business”.

Despite the fact that almost everywhere surrogacy contracts are illegal, the protocol that this group of experts is working on will open the way for parenting to any person who circumvents the law of their country and buy a baby abroad where the reproductive exploitation of women has been legalized, or is tolerated, and where the sale of children has ceased to be a crime and has become a very lucrative business.

In response to this situation, the International Coalition for the Abolition of Surrogate Motherhood (ICASM) has launched an information campaign and an appeal to end the work of this “Expert goup”. It has already been signed by thousands of people and feminist and human rights organisations from 55 countries. The appeal can still be signed on this link [1].

The only alternative to the reproductive exploitation of women – who are always economically vulnerable – and to the buying and selling of new-born babies is not through its regulation, but through the worldwide abolition of this practice, which is contrary to basic human rights. To this end, our Coalition has already drafted a draft international abolitionist convention [2] which all States should adhere to, so that this inhuman and cruel practice will be consigned to history, just as slavery was. 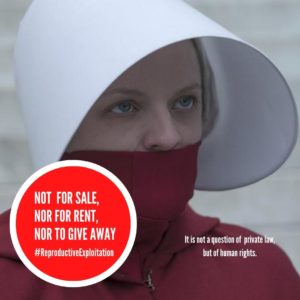 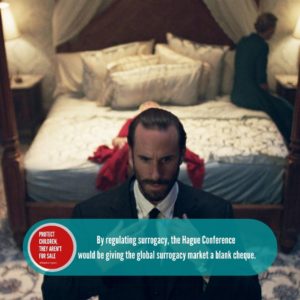 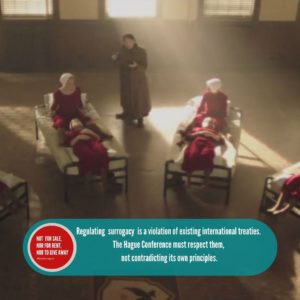 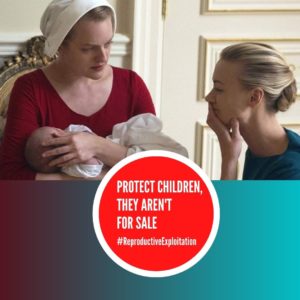 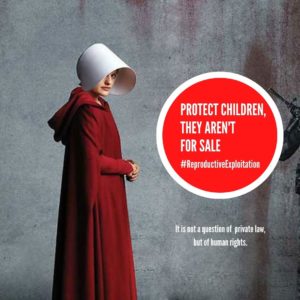 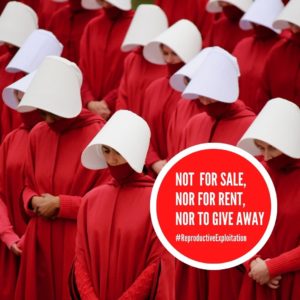