New development, the issue of surrogacy was widely discussed on the International Day for the Elimination of Violence against Women. For us, this is truly a medical violence inflicted on women, not to treat them because they are in good health, but for the purpose of reproductive exploitation.

We are also extremely pleased with the contact that has been established, thanks to the initiatives of Berta O. Garcia, our vice-president, between ICASM and Latin American feminist organisations. This has resulted in a common manifesto against reproductive exploitation (see below).

To counter the attempts of the Hague Conference to regulate GPA, we launched an international appeal protesting against their approach (see below).

ICASM also presents its observations to the ECHR (European Court for Human Rights) whenever it is called upon to rule on a case of surrogacy (2 in 2020).

Below are the webinars presented on the occasion of the International Day on Violence against Women or during the abolitionist days organised in Spain and Argentina. It should be noted that our Spanish friends, very wisely, have brought together under the same expression the issue of prostitution and surrogate motherhood: sexual and reproductive exploitation. 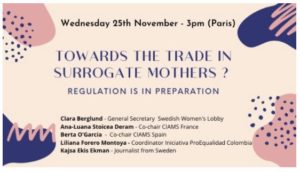 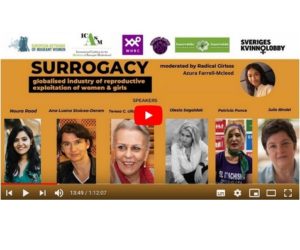 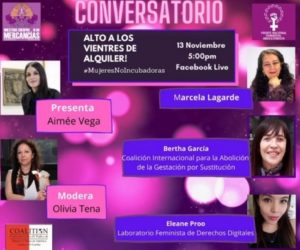 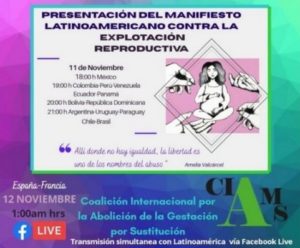 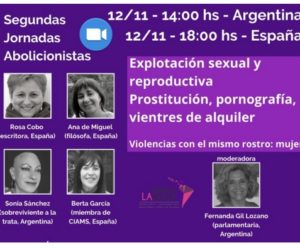 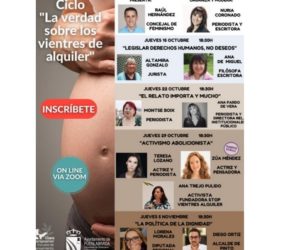 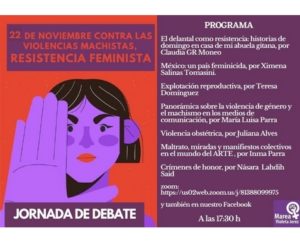 Action against The Hague Conferenc

A forthcoming convention of the Hague Conference on Private International Law (HCCH) aims to regulate international surrogacy contracts.
Surrogacy is based on a combination of violence against women (medical, obstetric, social, economic and symbolic). This violence is known and recognised in the contracts, and surrogate mothers are paid to undergo it.
To counter this initiative, ICASM, with the support of the Swedish Women’s Lobby, has launched an appeal to stop this approach. To date, from 55 countries, more than 2000 individual signatories and 250 feminist and/or human rights organisations claim that it is imperative to :
It is still possible to sign this appeal. Access HERE

Nearly 100 feminist organisations from all over Latin America (South, Central and Caribbean), associated with ICAMS, launch the FIRST LATIN AMERICAN MANIFESTO AGAINST REPRODUCTIVE EXPLOITATION (Surrogacy) in response to attempts to open up surrogacy in Argentina, Ecuador, Colombia and Mexico.

It is still possible to support this initiative by signing the Manifesto. HERE

Draft international convention for the abolition of surrogacy

The purposes of this Convention are:

The full text of the Convention is available HERE