What led you to raise your voice against surrogacy ? 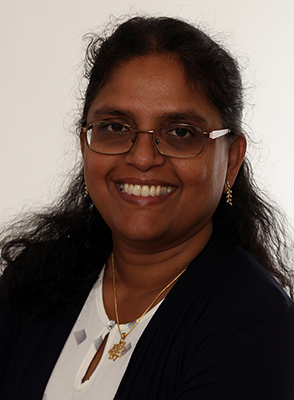 In the beginning I did not know what was going on with surrogacy. I knew that some women in India were getting pregnant and giving babies to people mainly coming from abroad. At one point there was a discussion on American Tourism in the university, but nothing on the subject of surrogacy. I wrote a proposal on the subject and started some research. I discovered the fact that they were keeping women in dormitories. It was not until I actually until I visited those places that I really realized what was going on. What the newspapers said what basically that the women were like in a hostel, that they were happy. A little bit was said about exploitation, but not really telling what was going on inside.

What is the problem with surrogacy ?

When I went there I got to become aware of those extreme cases of violation of medical ethics that where taking place in the surrogacy business. Initially the surrogate mothers were not even given a copy of the contract, and they could not ask any questions. Medical professionals could do anything with their bodies. Abortions were being banned if they wanted it. But selective abortions were done to select the sex of the baby. Whenever the labor started, the woman was taken directly to delivery room to have a cesarian. If during the process of pregnancy there was a miscarriage, the woman was not paid at all. They had no psychological or life insurance. Some of them where in the situation where they were not physically fit to become surrogate mothers, not strong enough ; their hemoglobine was too low for instance. The doctors would pump medicine so they would make it look as normal.

The vital risk these women were going through is the main problem that I first saw, happening because there is a commodification of women and of children, which is the second big issue of surrogacy. The children are being rated. The higher the rate of the child the higher the price paid to the surrogate mother. One child is one prize. If you have 2, it si slightly less expensive even if the costs ar double. The child is a commidity, the mother too.

There is no subject, they are objectified completely.

And the third part of the problem resides in the global inequalities involved. The fact that the surrogate were ask to sign the renouncement of any rights on the child from the beginning, when they sign the contract. They were alienated from the child that was growing inside them. I felt this alienation as really inhuman. Nobody is going to bond with that child. The woman is considered like having an empty space in her body, a container, and she is going to carry this child and then give it up.

What is the situation now in India since it has been so restricted ?

Now we are almost following the British system. India is trying see how to allow altruistic surrogacy. They plan on a very restricted scale, like the Israeli system where each and every case is examined. There is going to be a board who is going to asses if it is ok for the surrogacy to take place.

On the other hand, commercial surrogacy is now completely stopped. The Indian government has come very strongly against it. Also there are some feminists and some lobbies and medical practitioners, clinics, who wanted a free market. But the head of the Council for medical research, and the government decided to ban commercial surrogacy.

in your opinon that ethical or altruistic surrogacy is ok ?

I don’t think it is ok. Because of how the experience of what has been happeninc. Surrogacy was already regulated. But who was bordered ? Only the women. When regulation is in place, the whole process is violating the woman’s bodies. Already with regulation, there was a lot of trafficking going on. The same networks that were used for trafficking women domestic workers, which is the first level of exploitation of Indian Women, of the most vulnerable ones, was being used for the global trade of women and girls. The same network is also used for the second level of exploitation, the sex trade.

In India today prostitution is legal. So there is a huge underground market trafficking feeding into this illegal industry. If it was banned, even a woman who is trafficked, she could stand up and say the law is with her. She could fight for her rights. In legalization, she cannot. That is why i think legalization completely messed up the situation in India.

So when it was regularized, same network was used for surrogacy as well, which was the third level of exploitation of vulnerable women. Surrogacy just added on to the field of exploitation. Young girls were taken from poor areas of India and were brought into those clinics, locked up in dormitaries and being exploited. When there was no ban, all this was happening.

There has to be a complete ban.

As an academic, do you see any changes of opinion concerning surrogacy ? Germany or India.

The majority of reviews on surrogacy are not on my position. But I get to see young students who are against surrogacy in Germany now and it is very refreshing.

Wherever I go for presentations, I wonder what the young girls are going to ask. Many younger girls, the next generation, are completely against this practice.

My master students too are more and more receptive. I wen to halle (???didnot understand the name), lot of students supporting my point of view, understanding what i was speaking about.

I tell people how this kind of exploitations of the body of women are taking place in India. And I link up domestic work, prostitution and surrogacy and people are begining to understand what is going on there.

What would you telle to the would be parents in western countries who want childre so badly that they turn to surrogacy ?

My main argument is that there are technologies that exist, and I cannot stop some human being use it on theirselves. But when you are using somebody else’s body to accomplish you desire of children, i think it is completeley unjustified.

The person who’s facing infertilitly faces social stigma, and prepares herself to be going to experience intrusive technologies on her own bodies. But with surrogacy they are making another person go through exactly the same thing. And they are also putting somebody else’s life at risk, which you have no right to do. It cannot be called a liberty because you are using somebody else to grow your own child. That is what I would say that it is a totally unjustified way to want a child. And I encourage them to go at the roots of why they want to have a child. And question all that genitalization « I want to have a child that is genetically linked to me and for that I put another person at risk ». That can be quite inhuman. That is my message to them.

It is not easy to convince them. My opinion is not an opinion that I formed in a day. I experienced it with meeting surrogacy mothers, seeing how their life has changed since they experienced it. I see how for some of them their life has changed 10 years later. Now some of them are realizing that they have been exploited by their husbands, by their families and so on, some of have separated from their husbands because they are feeling that they were exploited. The realization came much later. So my field study made me go to the conclusions I now defend.

When so called liberal feminists make the point that my number of cases where not many, that kind of « feminism » irritates me . But then I have evolved since your first conference on surrogacy **s, discovering a feminist perspective against surrogacy. It kind of opened my mind. I knew it was a human rights violation but i did not look at it with feminist perspective. Now I do.