Nearly 100 feminist organisations from all over Latin America (South, Central and Caribbean) associated with ICASM/CIAMS  are launching the FIRST LATIN AMERICAN MANIFESTO AGAINST REPRODUCTIVE EXPLOITATION (surrogacy) in response to attempts to open up surrogacy in Argentina, Ecuador, Colombia and Mexico.

The undersigned individuals, collectives and feminist and abolitionist organisations are organising to oppose any legislation or legislative initiatives in our countries aimed at legalising or regulating the reproductive exploitation of women, based on their gender, in its various forms by the contractual practice commonly known as “Wombs for Rent”[i], and referred to by its proponents as “surrogate motherhood”[ii], “surrogate pregnancy”, “surrogacy”, “surrogate gestation” or “uterus for rent”, as well as “oocyte donation” for commercial purposes.

The practice of “surrogate motherhood”, as an unambiguous manifestation of discrimination, violence and violation of the human and fundamental rights of women, girls and boys, is contrary to the provisions of the international conventions and treaties to which our countries are signatories and whose observance is mandatory by virtue of a constitutional mandate. The rights likely to be undermined in this way are defined by the Convention on the Elimination of All Forms of Discrimination against Women, the Protocol to Prevent, Suppress and Punish Trafficking in Persons, Especially Women and Children, supplementing the United Nations Convention against Transnational Organized Crime, and the Optional Protocol to the Convention on the Rights of the Child on the Sale of Children, Child Prostitution and Child Pornography.

The initiatives for the legalisation of reproductive exploitation, to which we refer, sometimes present “surrogacy” as a medically assisted reproduction technique or, alternatively, as an option to respect the free development of the family, access to which should be guaranteed by the State, disguising a practice as a technique, which it is not, and granting the desires of some people the quality of rights. It cannot and should not be legitimised and protected by States, for several reasons:

As abolitionists and feminists, we consider and denounce this practice as a violation of women’s human and fundamental rights where a woman has to engage in a pregnancy at the request of a third party to whom she must hand over the child, dissociating herself totally from that child. It is a serious violation of the right to human dignity and to the physical and psychological integrity of women and children, unacceptable in a society that has declared itself in favour of safeguarding the human rights defined in our respective Constitutions as fundamental rights and in favour of the rights of women based on biological sex as set out in the CEDAW (Convention on the Elimination of All Forms of Discrimination against Women).

We support the condemnation of this practice by the European Parliament in its resolution P8_TA(2015)0470[iii] , which states that “surrogacy should be prohibited as undermining the human dignity of the woman, since her body and its reproductive functions are used as commodity”. In this resolution, the European Parliament highlights the possible implications for women in vulnerable situations in countries where poverty and inequality rates are high and where a lucrative market for reproductive exploitation takes advantage of and exploits the situation of the most vulnerable women.

THEREFORE WE DECLARE THAT :

FIRST: Do not endorse any legislative initiative concerning “surrogacy”, or any of the euphemisms for reproductive exploitation, or any provision that undermines the human dignity and rights of women because of their gender or promoting any form of exploitation.

SECOND: Do not legislate on individual desires by elevating them to the rank of rights, such as the right to produce children with a certain genetic load at the expense of human dignity. Do not disguise the reproductive exploitation of women as assisted human reproduction or the free development of families. We remind you that pregnancy is a complex biological process involving the body and mind, which can pose risks to women’s health and lives, and therefore cannot be treated in a superficial, irresponsible or dehumanising manner.

THIRD: Legislate in the best interests of children. Children must receive additional protection from States, which are obliged to guarantee the same fundamental rights to all persons equally from the moment they are born into the world. The precautionary principle and non-discrimination must be the guiding principle for all legislation that impacts on children’s lives.

FOURTH: legislate to facilitate adoption procedures by ensuring the best interests of children. This is an ethical and practical means of satisfying the legitimate desire for motherhood/paternity without undermining the dignity and rights of women and children in terms of substantive equality and non-discrimination, while meeting their needs when they are orphans.

FIFTH: Legislate so that maternity can be exercised freely, when, how, with whom and at the times we choose, without subordination or violation of our rights, with access to contraception and to legal, safe and free abortion, without being subject to conditions.

Because we give birth, we decide and claim the right to decide what kind of motherhood we want, as a reaction to the assignment to motherhood as the central and fundamental role of our condition as women, while “surrogate motherhood” acts exactly the opposite.

SIXTH: Public policies to combat the historic feminisation of poverty exacerbated by the pandemic, which is being used to turn our countries into havens for sexual and reproductive exploitation.

SEVENTH: To accede to and promote the International Convention for the Abolition of Surrogacy for Others with a view to its subsequent signature and ratification. It is available at the following address:  http://abolition-ms.org/en/news/draft-international-convention-for-the-abolition-of-surrogacy/

EIGHTH: Organise an open space for public discussion on legislative initiatives with the organisations that promote and sign this manifesto. 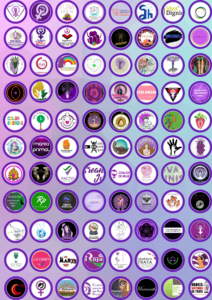 [i] So called in reference to the instrumentalization of women’s bodies and their reproductive capacity, reduced to a uterus to be used as a means of satisfying the desires of others.

[ii] a term which conceals the fact that the practice concerns the pregnancy or physiological maternity of a woman, at the request of a third party, which cannot be substituted or subrogated because it is impossible to substitute or subrogate biological processes

[iv] There are systematic reviews published in specialist journals that provide evidence of high-risk pregnancies associated with surrogacy:

https://pubmed.ncbi.nlm.nih.gov/26454266/
Summary of the results of the report on surrogacy in Sweden. Olika vägar till föräldraskap Different pathways to parenthood. Surrogacy Section in Sweden http://www.sou.gov.se/wp-content/uploads/2016/02/SOU- 2016_11_webb.pdf